Mr. Jahanzaib Durrani is a practicing lawyer and Advocate of the High Court. He holds LLM degrees from King’s College London in International Financial Law and Nottingham Law School, UK in Oil, Gas and Mining Law. Recently, the Government of Pakistan appointed him as an Independent Director on the prestigious Boards of Oil Gas Development Company Limited (OGDCL) and Saindak Metals Limited (SML), Pakistan’s national Mining Company engaged in exploration, exploitation and development of non-ferrous minerals and the extraction of base metals like Copper. He is also the Chairman of the Risk Management Committee and Member of the Human Resource Committee of OGDCL. Additionally, he serves as Chairman of the Audit Committee and is a member of the Procurement Committee of SML.
Mr. Durrani joined the Islamabad Office of the law firm ABS & Co. in 2013. He was based both in the Litigation as well as the Alternative Dispute Resolution department of the firm. He has been extensively involved in the preparation of claims, counter-claims and communication of documents in relation to a significant ICSID arbitration involving the Government of Balochistan and an Australian mining company. The case ranks as one of the most significant mining disputes historically brought before an arbitral tribunal.
In 2015, Mr. Durrani joined Conflict Law Centre (CLC) based at the Research Society of International Law (RSIL), Pakistan’s premier international law think tank. He played a critical role in developing key documents on International Humanitarian Law (IHL) for the Government of Pakistan and Armed Forces. An awe-inspiring achievement is the development of the ‘Manual on Air Combat Operations during Non-International Armed Conflicts’ for the Pakistan Air Force.
Mr. Durrani has also been a member of the visiting faculty of the National Defence University, Islamabad. He taught International law at the Department of International Relations.  He also worked as a Legal Assistant at the House of Lords, United Kingdom.
Mr. Jahanzaib Durrani hails from Quetta, Balochistan and regularly appears at the High Courts, District Courts, Banking Courts and Tribunals rendering a broad range of legal services to public sector organizations, statutory bodies, international companies and financial institutions. He writes as an opinion-writer to the Dawn newspaper, The News International, Express Tribune and Daily Times. 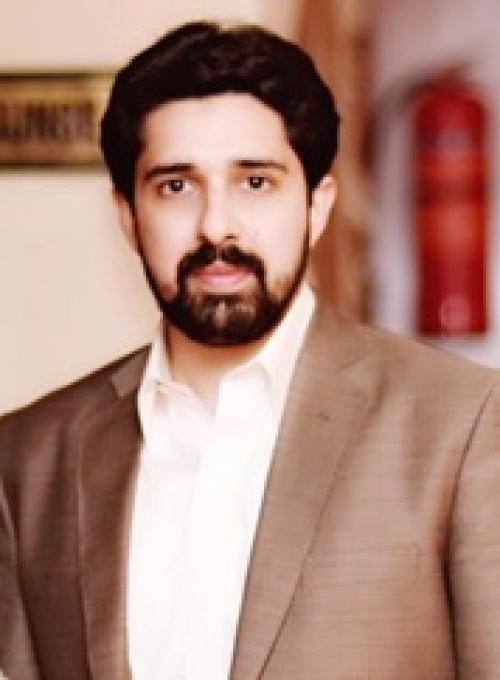